Japanese food culture has established a certain presence in the world culinary scene for its unique approach. Incorporated Chinese food culture in ancient times, Japanese people have honed own beautiful culture over a millenary by treating natural bounty for all four seasons with particular sensibilities. The Meiji period was when "western" influence was introduced to the distinctive culture formed during Japan's national isolation period. A western food restaurant called "Yayoiken" opened in the Meiji period, the time of a historical turning point toward Japan's modernization and the time of a significant transition in its food culture. "Yayoiken" is the root of "Plenus".

In 1886, Tamijiro Shioi, the great-grandfather of Tatsuo Shioi (the current President and Representative Director of Plenus Company Limited), started a western food restaurant called "Yayoiken" in Kayaba-cho, Nihonbashi, Tokyo. It was the turbulent times when whole country was geared toward modernization. While adopting western system, industries and technologies one after another, Japanese government considered adopting western food culture was an important diplomatic strategy in order to cross swords with Western great powers as equals and tried to instill western cuisine. French cuisine became the official meal at the imperial court and subsequently western cooking style became woven into Japanese food culture.

Hotels that were used as the state guesthouse and western food restaurants that were the salon among intellectuals played a major role in the process. Western cuisine first became accustomed among the upper-class. 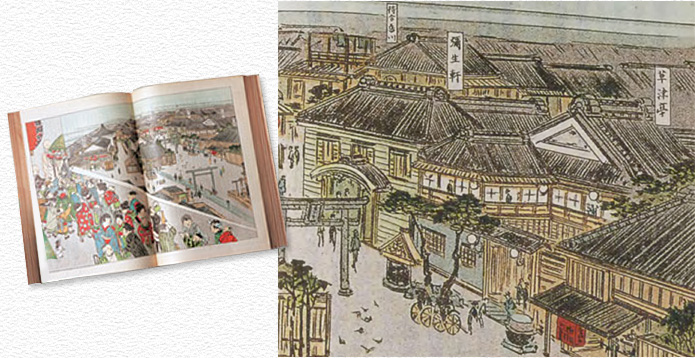 "Shinsen-Tokyo-Meisyo-Zue"
Showing what Sessha Sanno Hie-Jinja
was like in Meiji period (in 1901).

Many high-level government officials dined at "Yayoiken" including Iwao Oyama, Japanese army general, Kaishu Katsu, Norisuke Kabayama, Japanese superintendent general and more. Having the name of the restaurant appear in various historical documents, "Yayoiken" was not only successful as a restaurant but also must have assumed an important role in Japanese cultural history.

Minami Kayaba-cho is next to Kabuto-cho, Japan's financial district and the heart of the modernization. Many politicians, business leaders, military personnel and other upper-class people gathered at "Yayoiken". Hosting such social interactions and being the salon, the restaurant contributed to Japan's modernization in the area of food. 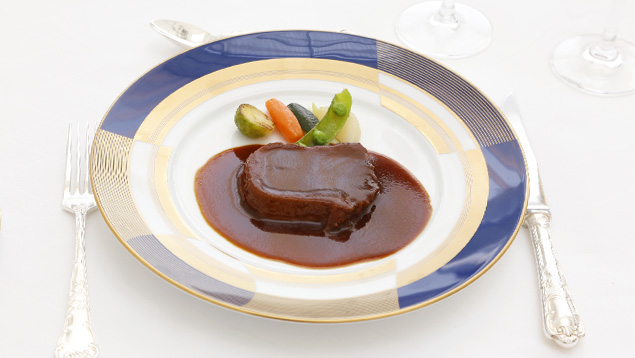 Western food became popular among ordinary people by the last half of the Meiji period. People started to eat more meat and western vegetables, as well as use new spices and innovative recipes accordingly. It is a new phase in Japanese food culture.
Today's our everyday food is the mixture of traditional Japanese food and western style of food that has also been modified to Japanese taste. This flexibility toward food and willingness to incorporate different styles to its own culture is what forms Japanese food culture, which is now appreciated internationally.

Approximately 130 years since the birth of YAYOI, which created new value, the Plenus kome Academy is working become a beacon that will communicate the value of Japan’s rice culture to the world.